Last Monday I celebrated Beltane. As I mentioned in my Beltane Celebration Ideas post I made guacamole. The recipe is from Soraya's book The Kitchen Witch. I had it with a chicken drumstick, sea salt crisps and carrots. While other years I've had elderflower to drink, this year I had lemonade (Fever Tree Sicilian lemonade). Here are a couple of pictures: 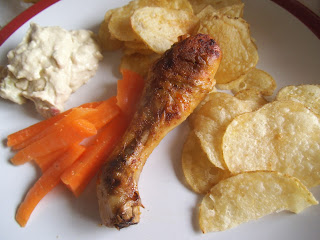 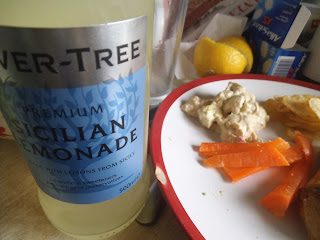 I also made some biscuits the day before. I was looking over Soraya's book and randomly decided to do some baking! I used her recipe for basic biscuit dough. It's quite simple to make, you only need butter, sugar, one egg and flour then you can adapt it how you like. Here's a similar recipe: https://www.bbcgoodfood.com/recipes/3468/basic-biscuit-dough

I intended to put vanilla in mine since it's associated with attracting love (very appropriate for Beltane!) and cinnamon (good for both attracting money and for protection) but I forgot to put it in the dough itself, lol. So I ended up mixing up some icing and putting the vanilla essence in that and sprinkling some cinnamon and sugar on top of the others. Here's a photo: 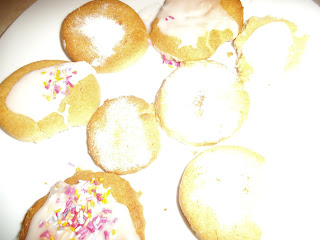 I also used the recipe yesterday for my mum's birthday but made them into cookies with chocolate chips. I put some vanilla essence in the dough this time. They taste kind of like shortbread.

Another thing I did on Beltane was eat some chocolate mindfully, an idea from Tess Whitehurst's blog post about celebrating in 5 minutes or less.


So now it's properly spring and moving towards summer. The weather has been colder recently but hopefully it will pick-up soon. I'm planning to go to my favourite park in Hove soon (haven't been able to go much lately due to car issues) and I'll take some pictures.