I haven't written my November/December update yet and I was also planning to write about the ginger poke cake I made for Christmas, so I decided to do a double post. (Rather than two weeks apart). Also did that last year). If you just want to read the update, scroll further down. :)

For this Christmas (or Christmas 2020 now!) I decided to make a recipe based on a gingerbread poke cake. It's from Fantastical Sharing of Recipes: http://www.fantasticalsharing.com/2020/12/gingerbread-poke-cake.html

The recipe uses a cake mix which I thought was easier after a stressful year! I called it a "ginger poke cake" because I couldn't find an actual gingerbread cake mix. So, I used Wrights ginger cake mix.

I hadn't made a poke cake before but I've come across them online. I think they're more popular in America. You make the cake then poke holes in it with a wooden spoon, and pour condensed milk and caramel sauce over the top to soak in. I couldn't find a caramel sauce either, so I just used condensed milk.

The recipe uses Cool Whip but I don't think we have that in the UK. So, I made a cream cheese icing using a recipe from Nigella Lawson. It goes with her Guinness chocolate cake. (I haven't baked the cake but it looks very nice!). I previously used cream cheese frosting instead of Cool Whip when I made a gingerbread cake for Madron 2015. It was Betty Crocker's ready-made frosting in that case.

I liked the cake, although I do think it could have been a bit nicer, the flavour and texture. Here's a pic: 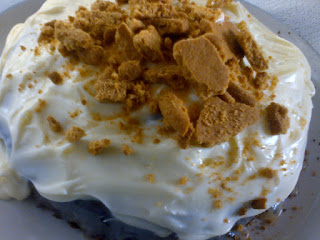 Read more »
Posted by Moonsparkle at 19:16 No comments:

Last week (Monday 21st December) it was Yule/the Winter Solstice. I usually celebrate with a chocolate Yule log. Occasionally I make my own, but most of the time I buy them because it's easier! lol. As I mentioned in the More Yule Inspiration post, this year I bought one again.

It was from Sainsbury's and I liked it, although I do think it was better in previous years. Here's a picture: 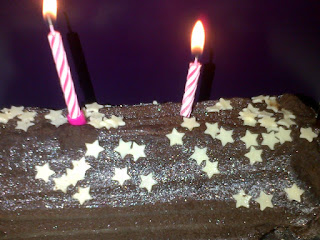 Read more »
Posted by Moonsparkle at 00:00 No comments: 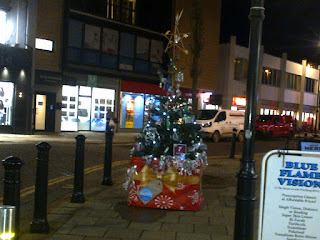 Yule/the Winter Solstice is coming up! This year it's on Monday 21st December.

Note: If you're in the Southern Hemisphere it's almost time for Litha aka Midsummer/the Summer Solstice. Here are my Litha celebration ideas posts:

In the past few years, I've done posts with celebration ideas for Yule, and an inspiration one too. You can see them below:

For Yule 2020 I'm sharing more inspiration. As with the last Samhain post, since I've shared quite a lot of information on Yule in the past, I'll just give a brief background first and then share some celebration ideas. :)

Read more »
Posted by Moonsparkle at 17:38 No comments:

Time for the September/October update! There is only one more update post to go after this, since I'm covering two months at a time.

You can see the previous update posts at the links below:

In September the Rule of 6 was introduced in England, due to the coronavirus. Unfortunately, it meant my belly dance group couldn't meet up since there are loads more than 6 of us! I was able to go for a socially distanced walk with a group from my local mental health resource centre though.

I celebrated Madron/the Autumn Equinox on 22nd Sept. You can read my post about it here: https://livingseasonal.blogspot.com/2020/09/madron-2020.html

I also went to the beach in the Worthing area during September. I hadn't been for ages, so that was nice. Here's a pic:

Last Saturday (31st October) it was Samhain/Hallowe'en. I celebrated with a pumpkin and by making some food and drink. I made my usual Demon's Blood drink and some potato salad, and also baked some gingerbread skeletons.

Demon's Blood is ginger beer mixed with apple juice and orange juice, and dyed green. The recipe is from Kate West's book The Real Witches' Kitchen. And the potato salad is based on a recipe from The Kitchen Witch book by Soraya. I planned to use spring onion and chives, but couldn't get any chives.

Here's a picture of the pumpkin: 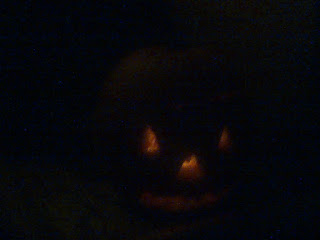 Read more »
Posted by Moonsparkle at 19:25 No comments: 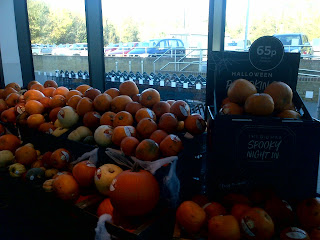 My favourite sabbat Samhain is coming up on 31st October! (My other fave is Lammas). It's on a Saturday this year. I started celebrating the sabbats in 2010, and since Hallowe'en is the modern version of Samhain, I celebrate both these days.

Note: If you're in the Southern Hemisphere Beltane is almost here! Check out my Beltane Celebration posts here:

For the past few years, I've done celebration idea posts which you can see below:

And last year I wrote a series of Inspiration posts for the sabbats. Here's Samhain's: https://livingseasonal.blogspot.com/2019/10/samhainhalloween-inspiration.html

For Samhain/Hallowe'en 2020 I'm sharing more inspiration. As I've written quite a lot on Samhain in the past, I'll just give a brief background and then share some ideas for celebrating. :)

Samhain is the 3rd and final harvest sabbat on the Wheel of the Year and takes place on 31st October. Although some may celebrate from sundown on 31st Oct till sundown on 1st November. It is a cross quarter sabbat, and follows Lammas at the start of August and Madron/Mabon aka the Autumn Equinox in September. This festival is also called the Witches' New Year in some circles. As mentioned before, some people end the old year and start the new year at Samhain (I tend to think of it in this way), whereas others consider Yule/the Winter Solstice to be the start of the new cycle.

Read more »
Posted by Moonsparkle at 18:35 No comments:

Back in 2018 I wrote a post called Autumn Photos + Inspiration. You can see that here:  https://livingseasonal.blogspot.com/2018/10/autumn-photos-inspiration.html

Now we're in autumn once again, so here are a couple of photos I took in Hove Park recently, and I also thought I'd share some posts with inspiration for things to do during this season. :)

Read more »
Posted by Moonsparkle at 20:47 No comments: