It was Yule last Thursday (21st Dec). As I said in my Yule Celebrations Ideas post, I had a chocolate Yule log. It was from Sainsbury's this year and was nicer than it was the last time I had it. Last year's was from Asda. Here's a picture: 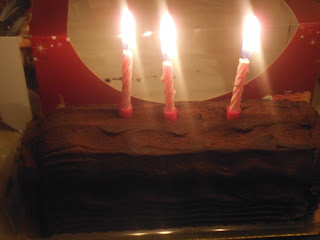 The camera was making the flame look funny for some reason!

I also lit red and gold candles. I didn't get round to making any milk drinks but a few days earlier I baked some ginger biscuits/cookies. (In the UK we call cookies "biscuits", a cookie tends to be a specific type of biscuit, such as a chocolate chip cookie). I didn't make them specifically for Yule, but just for the Christmas season,. The recipe is from Six Sisters and you can find it here: www.sixsistersstuff.com/recipe/2011/05/soft-and-chewy-ginger-cookies/

Note: When I've visited this site in the past I've had a warning message from my anti-virus saying that it's a security threat. However I emailed them and one of the sisters told me that they have had their site checked and it's not coming from there. I used Google Chrome to view the site several times as she suggested and it's been fine. (My usual browser is Firefox).


They were nice. I normally make gingerbread for Lammas and Samhain using different recipes, so this was good for a change. Here's a pic: 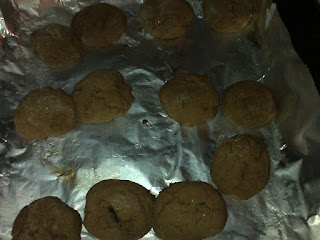 We're now properly into winter and today is Christmas Eve. I'm making a Winter Wonderland white chocolate cake for Christmas (a Tanya Burr recipe). I'm going to bake the cake this afternoon and then do the icing on Christmas Day itself because I think that will be easier. I'll post about it next weekend.

Hope you had a good Yule! Merry Christmas to those who celebrate! And to everyone else have a great holiday/weekend. :)