I recently baked some red velvet brownies and also last week was Pancake Day and I made some pancakes, so I thought write about both in a post. :)

I made these the weekend before last. The recipe is from the current issue of Co-op magazine. Here's the link to the online version: https://main-coopfoodmagazine-rivergroup.content.pugpig.com/2018/01/11/food-news-8/pugpig_index.html

They came out quite nice. I've baked red velvet cake a couple of times but it hasn't come out that well for some reason! (I plan to try again in future). These were nice though. The only thing is they weren't red, even though I actually put more food colouring than it said by accident! I think they're supposed to have a red tinge. Never mind, lol. Here's a pic: 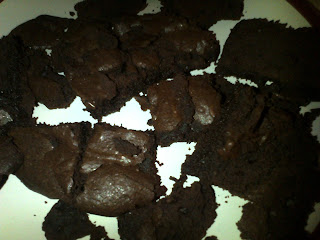 If you like brownies check out this post about fudgy chocolate ones I made last year: http://livingseasonal.blogspot.co.uk/2017/06/baking-no-yeast-dinner-rolls-and.html

Then last Tuesday was Pancake Day aka Shrove Tuesday, so I made pancakes (English pancakes which are also known as crepes in some countries). I used the same recipe I did for the Imbolg pancakes I liked them but I think they were best the first time I made them! As I mentioned in that post, the only difference to the usual mixture I do was vegetable oil. This is the recipe again if you'd like to make your own:  https://www.bbcgoodfood.com/recipes/2907669/easy-pancakes

And here's a photo: 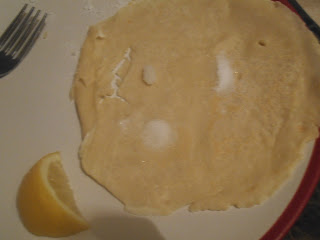 Hope you had a good Pancake Day if you celebrated! And that you like the recipes if you try them. :)