Yesterday (21st December) was Yule, the Wiccan/pagan sabbat. The sabbats are also known as The Wheel of the Year, a cycle of seasonal festivals that happen every year. Yule is the Winter Solstice, the shortest day of the year. It represents the rebirth of the sun because after the shortest day and longest night, the days gradually get longer and the nights shorter, until the Summer Solstice (around 21st June). At Yule (Midwinter) the Goddess gives birth to the God (he's the reborn sun). A Wiccan belief is that the Holly King has ruled over the darkening year since Litha (Midsummer/Summer Solstice), and now he gives way to the Oak King, who rules over the lighter half of the year. The date of Yule varies but is celebrated around the 21st. It was kind of like a pre Christmas and has similar traditions.

It's traditional to have a Yule log for this sabbat.  It's a wooden log and you can light it as part of a ritual. Also these days you can have a chocolate Yule log. It would be more traditional to make one but the past few years I've had one from Sainsbury's! lol. (Luxury chocolate yule log). I do plan to make one in the future. I put 3 candles in it (for each person celebrating) and then you can blow it out and make a wish for the coming year. Here's a picture of my log: 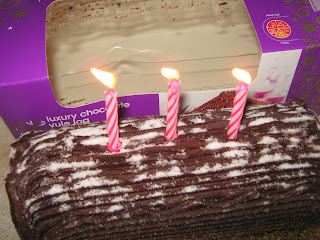 I  had green and red candles for Yule (the colours of Yule, along with gold and white) as decoration. Here they are: 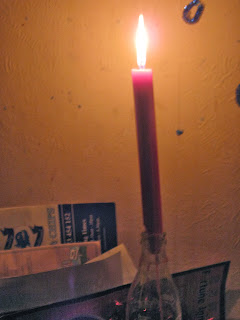 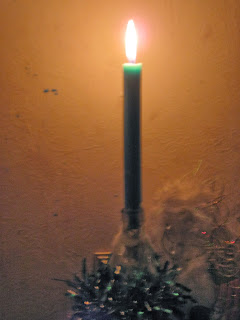 Hope you had a good Yule. Merry Christmas! :)


For more on Yule, visit these links: