Last Sunday (2nd Feb) it was Imbolg (more commonly known as Imbolc). As I mentioned in the More Imbolg Inspiration post, I normally make pancakes but this year I also baked some lemon and poppyseed cupcakes.

The pancake recipe I used was the one from BBC Good Food that I've used for the past couple of years. They are English pancakes, known as crepes in other countries. You can find the recipe here: https://www.bbcgoodfood.com/recipes/easy-pancakes

They came out quite nice. I normally have lemonade to go with them but realised I'd forgotten to get any! Never mind. Here's a picture: 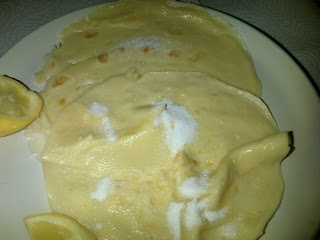 The lemon and poppyseed cupcakes were a recipe by Ruth Langsford that was in an old Closer magazine. You can find the recipe online here but I think you have to join Press Reader to see the rest: https://www.pressreader.com/uk/closer-uk/20190604/282553019729877

So here are a couple of similar recipes:


Poppyseed cake is a traditional Imbolg recipe (or at least in modern paganism, since we don't know for sure what people used to make!). So I thought these cupcakes would be good.

I did like the cakes but the topping is just cream cheese mixed with lemon rind and a few poppyseeds on top, so it was quite bitter. I think a proper icing (e.g. the one I use for the frosted white chocolate cake I sometimes make for Easter) would be better. They were nice for a change though, because I make a lot of ginger cakes for sabbats! My mum was actually glad it wasn't ginger for a change, lol. Here's a pic: 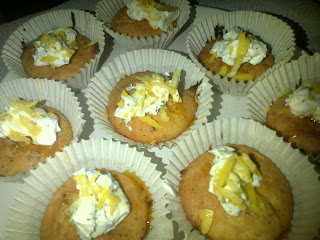 I also lit a white candle since Imbolg is a fire festival. I like the fact that it symbolises the growing light, like at Yule but stronger now, since the days are continuing to get longer. Here's a photo: 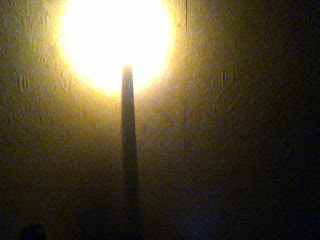 And the day afterwards I made some hot spicy milk in the evening, based on a Yule recipe from Soraya's the Kitchen Witch. I've made it for both Yule and Imbolg in the past.

So now we've had Imbolg and we're moving towards spring (in the Northern Hemisphere). It's not feeling very spring like yet and we've still got some winter to go, but it hasn't been that cold a winter in the UK so far. At the moment we have "Storm Ciara" so it's very windy and rainy today, with floods in some areas. I have noticed some shifts with the daffodils starting to come out and sunset getting later. I'm looking forward to spring. :) The next sabbat will be Oestara/Ostara aka the Spring Equinox in March.


Hope you had a good Imbolg (or Lammas!). :) Since we're still in winter you may like these posts:

And here's some inspiratioin for Pancake Day which is coming up on the 25th this year (the date varies):