Last Tuesday was Pancake Day (also known as Shrove Tuesday) in the UK. It falls on the day before Ash Wednesday which is the first day of Lent and the date varies between February and March because Shrove Tuesday is always 47 days before Easter, and Easter itself varies. The meaning behind Pancake Day is that since Lent is traditionally the period when you abstain from things (e.g. give up certain foods/fast or stop drinking alcohol) you would enjoy something nice before then and also use up the food in your house by making pancakes. (In particular food you're not allowed during Lent). This day is called "Shrove" because it's a variation of "Shrive" which means either to confess sins or to be absolved from them. (Actually it most likely means both).

Although Shrove Tuesday is now related to Christianity it was originally a pagan festival. (Like quite a few Christian events). In Eastern Europe the people believed that pancakes symbolised the sun and that eating them helped overcome winter and move into spring. The Slavic god Jarilo was worshipped at this time. He is the god of spring, vegetation and fertility. He sounds similar to the Green Man and the Celtic Sun God Lugh.

Pancake Day is also celebrated in Ireland, Canada and Australia. In France and the USA this day is Mardi Gras (Fat Tuesday).

I made some pancakes with Nutella. I got the idea from  a blog but made my own recipe, a basic recipe that my mum uses. I only ended up having one in the end because the Nutella made it quite rich! The pancakes came out better than the ones I made for Imbolg, lol. They are English pancakes which are bigger and thinner than American ones. They're more like the type called crepes in other countries.

Here's a link to the blog with the Nutella recipe. It's in Dutch but you can translate it with Google Translate:
http://uitpaulineskeuken.nl/2014/12/flensjestaart-met-nutella.html

Read more »
Posted by Moonsparkle at 17:45 No comments:

It was Imbolg last Monday (2nd February) and I made some pancakes. Last year I made American style pancakes but this year I decided to do British/English ones. (Click on the Imbolg link to see last year's pancakes). British pancakes are bigger and thinner than American ones, they're more like the type that are called crepes in America. You can read more about different types of pancakes here: http://en.wikipedia.org/wiki/Pancake

It's a kids' recipe but I'm not used to making pancakes and it took 3 attempts to get a decent one! Never mind, lol. I put sugar and lemon on the pancakes and had them with some Belvoir Fruit Farms raspberry lemonade from Tesco.

Since it's Pancake Day coming up on the 17th you might want to use this recipe then. :) 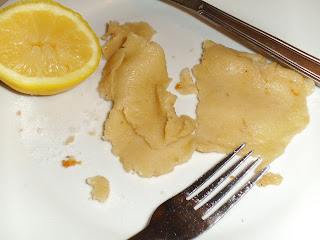 Read more »
Posted by Moonsparkle at 15:33 No comments: