Yesterday was Madron, also known as Mabon and the Autumn Equinox. Or Saturday depending on your time zone, as I mentioned in my Celebrating Madron and Autumn post, the actual equinox time and date in the UK was  2.54am on Sunday 23rd Sept, but in the US it was 9.54pm EST on Saturday the 22nd.

My main celebration was  baking a ginger spice cake. It was based on this spiced wacky cake recipe: https://www.thecountrycook.net/spiced-wacky-cake/

I'd had the recipe saved on Pinterest for a while so this was a good opportunity to use it! I didn't know what a wacky cake was, but on the site Brandie explains that they're also called Depression-era cakes because they were good to make if you didn't have many ingredients in such as eggs, butter and milk. This recipe uses white vinegar and vegetable oil.

The original recipe uses pumpkin spice. I'm not sure if that's widely available in the UK, but there might  be some places that do it.. I decided to use ginger and mixed spices instead though, so I put a tablespoon of ginger and mixed spice in (rather than 1TBSP pumpkin spice). The frosting for the spiced wacky cake is a vanilla buttercream one from the Food Network website, but the site itself isn't available in the UK (not sure why!) so I couldn't see the recipe. Rather than make another vanilla frosting I decided to use the cream cheese icing one from the frosted white chocolate Easter cake I've made a few times (most recently this Easter). You can see that recipe here: https://livingseasonal.blogspot.com/2017/04/frosted-white-chocolate-easter-cake.html

I'd previously used the same icing for the ginger beer cake I baked for Madron 2016, so thought it would work. It did go well and the cake itself tastes quite nice. Nice flavour and the ginger and mixed spices aren't too overpowering. The sponge is a bit chewier than some cakes though, maybe because of the oil. Here are a couple of  pics: 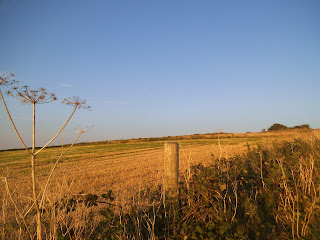 Madron, also known as Mabon and the Autumn Equinox, is coming up next weekend. This year it's Sunday 23rd September. Note: This may be different depending on your time zone, the actual equinox time and date in the UK is  2.54 am on Sunday 23rd Sept, but in the US it's 9.54 pm EST on Saturday the 22nd. So celebrate at the appropriate time for you. The energy of the sabbats is thought to be active for a couple of days either side anyway. :)

Last year I did a post on ways to celebrate. You can read it here: https://livingseasonal.blogspot.com/2017/09/madronautumn-equinox-celebration-ideas.html

So for 2018 I thought I'd do one about celebrating both Madron and autumn in general, like my previous ones about Oestara and spring, and Litha and summer.

Madron (more commonly known as Mabon but I was first introduced to it as "Madron" in Kate West's books) and the Autumn Equinox is the time when day and night is equal. It's the opposite of the Spring Equinox. Since Litha/the Summer Solstice which was the longest day of the year, the days have been getting gradually shorter. I've only really noticed it in recent weeks, sunset is now around 7.15pm. After Madron days will continue to get shorter and nights longer, until Yule aka the Winter Solstice, just before Christmas. So Madron is a time of balance.

Read more »
Posted by Moonsparkle at 18:36 No comments:

Email ThisBlogThis!Share to TwitterShare to FacebookShare to Pinterest
Labels: autumn, Madron, seasonal, Wheel of the Year

Getting Ready for Autumn 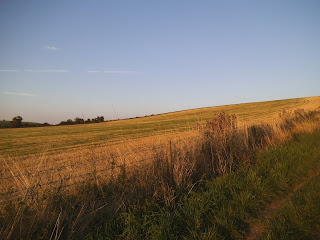 Note: If  spring is coming up where you are check out the spring post: https://livingseasonal.blogspot.com/2018/03/getting-ready-for-spring.html


After what has felt like an especially long, hot summer, the weather has cooled down and autumn is coming. We seem to have had some weird weather in the UK this year, with snow storms in March and more snow than usual here in Sussex. Then in April we had hotter weather than usual for spring, and then a hot summer. I did enjoy the hotter weather, although I struggled a bit to adjust to the heat. In the past couple of weeks or so it's cooled down and now it's feeling more like autumn. The light shifts towards the end of August, mellows, and also now the shorter days (since Litha/the Summer Solstice they shorten by about a minute every 3 days and about 3 mins a day by Madron aka the Autumn Equinox) are becoming a bit more noticeable with sunset before 8pm instead of after 9 earlier in the summer.

It has actually warmed up these past couple of days and I'm planning to go to the beach tomorrow to make the most of the weather, before summer is officially over! But I'm also concentrating on moving into autumn.

As with the other seasons, there are two "official" starts to autumn- meteorological autumn which is 1st September, and astronomical autumn which is around 22nd September when the Autumn Equinox (Madron/Mabon) is. This year Madron is 23rd Sept. For more information read this post: https://www.metoffice.gov.uk/learning/seasons/autumn/when-does-autumn-start