As I mentioned in my Yule 2015 post, this year I made white chocolate fudge for Christmas. In 2014 I made both a chocolate Yule log for Yule and a Red Velvet Buche de Noel (another type of Yule log) for Christmas but this year (or last year now, lol) I wanted to make something different, so decided on the fudge.

I'd had the recipe on my Pinterest Recipes To Make board for ages, so it was good to have an excuse to make it! lol. The recipe is from this site: http://www.tasteofhome.com/recipes/white-chocolate-fudge

I made it without the pecans because I wasn't that keen on having them in it. It was quite nice, bit of a different texture to the average fudge but nice once you get used to it. The only downside was that it didn't seem to last that long. I made it on Christmas Eve and it tasted good on Christmas Day but when I had some more on Boxing Day (day after Christmas) it seemed to have gone off slightly. I kept it in the fridge because it's got cream cheese in it and that can go off quite quickly. It was covered in foil but maybe it wasn't covered enough. Anyway, it's worth making for a change. :) 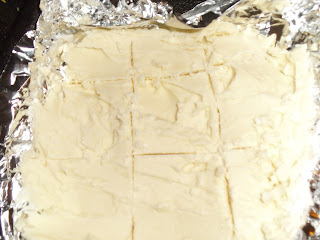 Read more »
Posted by Moonsparkle at 19:55 No comments: