Hope everyone had a great Easter! :) I celebrated on Easter Sunday (20th April) by making some biscuits and I got 3 eggs, Quality Street, Cadbury Buttons and Hello Kitty, lol. In my post  on Oestara I mentioned that I wanted to make something for Easter and was thinking of a cake but then I've had quite a lot of cakes lately, so I thought I might make something else for a change, like biscuits.  In the end I went for the biscuits and they were nice. :)

I based them on a recipe from The Co-Op magazine. I can't find the exact recipe online but it was similar to this one: http://www.co-operativefood.co.uk/food-and-drink/recipes/Easter-biscuits-recipe/

Update 15/4/19: That page is now gone but you can find a similar recipe here: https://www.centralengland.coop/food/recipes/desserts/easter-biscuits

The biscuits were bunny shaped but I just used round cutters, lol. Then I decorated some of them with icing that I made up and the others with left over buttercream frosting from Moshi Monster cakes that my mum used to make a trifle. I also put sugar strands on top of some and more of the red, green and white sprinkles I used for the vanilla roll cake at Christmas on the rest, varying the combinations. I used the recipe on the back of the icing sugar packet for the normal icing (white in the pic). 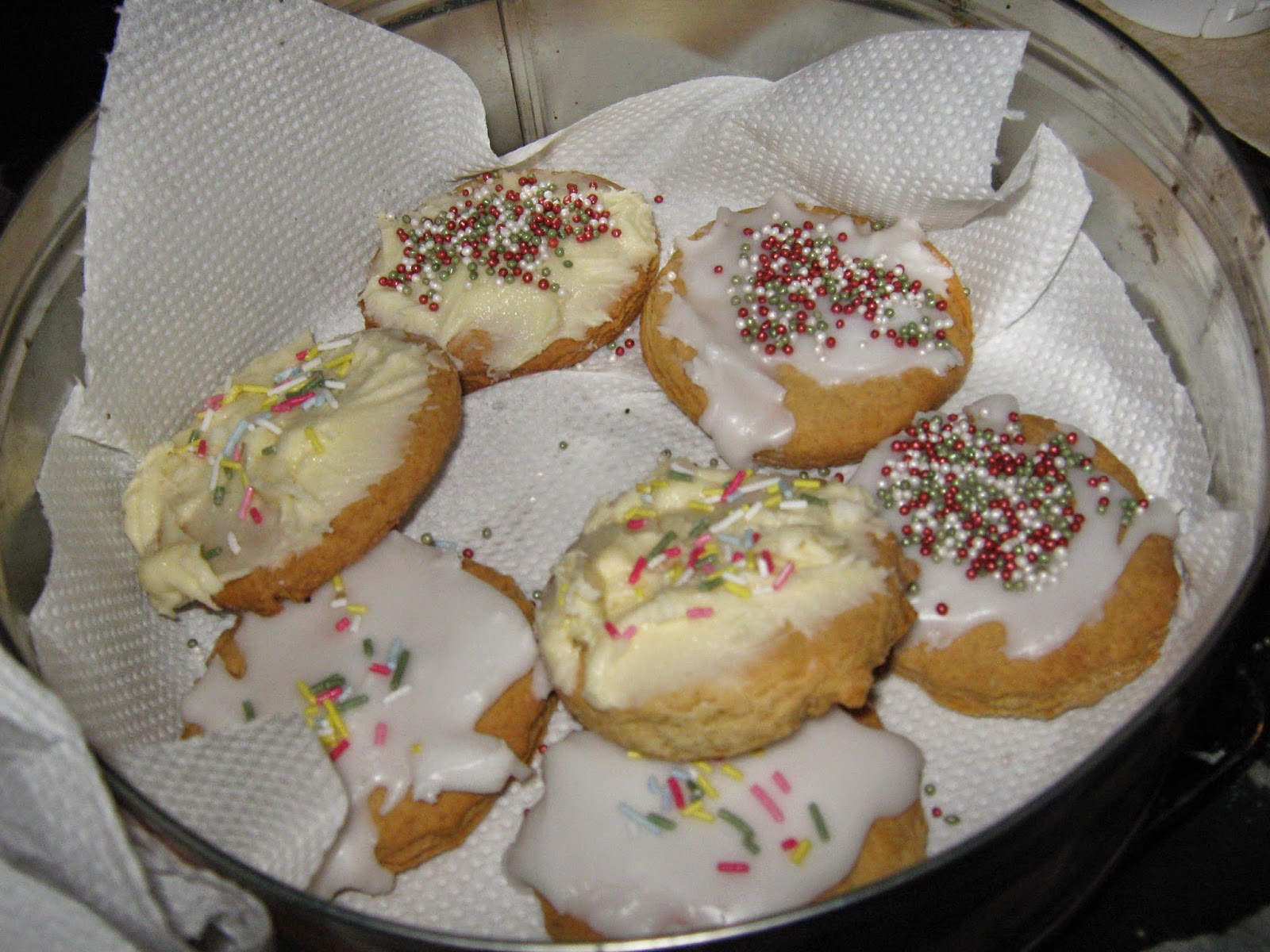 They were a bit thicker than other biscuits I've had but I liked them. :) I've got a few biscuit/cookie recipes saved on my Pinterest board, so I plan to make more in the future. I pin way too many recipes though and there's not enough time to make them all! lol.

Posted by Moonsparkle at 21:36 No comments:

It was Oestara recently and I celebrated by making some fairy cakes. Oestara (also spelt Ostara) is one of the sabbats, it's the Spring Equinox and happens around 21st March in the northern hemisphere. (In the southern hemisphere it's reversed, so they have their Autumnal Equinox around this time).

It was a precursor to the Christian festival of Easter, its name comes from the Anglo-Saxon goddess Oestara (also known as Eostar/Eostre/Ostara). She is the goddess of the dawn and fertility and her symbols are the egg and the hare (both of which are associated with the modern Easter). The Spring Equinox is when the days and nights are of equal length and from then on the days continue to get lighter and the nights shorter until Litha (Midsummer/ the Summer Solstice) which is around 21st June, when the days gradually get shorter again. (If you live in the southern hemisphere, just reverse it). :) The Persephone and Demeter Greek myth is also related to this time of year.

Now spring is coming and the world is waking up again. You can see the signs with the flowers coming out, trees blossoming and lambs being born.


Oestara was on the 20th this year. I made the fairy cakes (like cupcakes) and put Cadbury Mini Eggs on top!

It's just a basic fairy cake recipe that I got from my mum. :) Here's the recipe:

Read more »
Posted by Moonsparkle at 17:34 No comments: