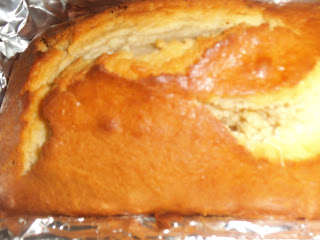 Lammas is coming up this week (it's on Tuesday 1st August) so I thought I'd do a celebration ideas post to accompany my past ones on Hallowe'en/Samhain, Oestara, Beltane and Litha. (Read them as well if you'd like some ideas for future celebrations, the closest is Samhain in October!). It's my favourite sabbat apart from Samhain aka Hallowe'en! :)


The main themes are harvest and the Sun God Lugh (pronounced "Loo"). At Lammas he's slain and will be resurrected at Yule in the form of the new God (much like the Christian Jesus). Some people make a Corn King to represent Lugh.


Here are a few links with more info about Lammas aka Lughnasadh (also click on Lammas at the start of the post to read more about it):

Read more »
Posted by Moonsparkle at 20:28 No comments:

Baking- One Bowl Chocolate Cake and 7up Cake

I've been doing some more baking lately, so thought I would do another baking post. :) I recently made one bowl chocolate cake and 7up cake.

A couple of weeks ago I made a one bowl chocolate cake. (The reason for the name is that it's all mixed up in the same bowl). The recipe is from Six Sister's Stuff, here's the link: http://www.sixsistersstuff.com/2013/06/one-bowl-chocolate-cake-made-from-scratch.html


Note: When I've visited this site recently I've been getting a warning message from my anti-virus saying that it's a security threat. However I emailed them and one of the sisters told me that they have had their site checked and it's not coming from there. I used Google Chrome to view the site like she suggested and nothing's happened. (My usual browser is Firefox). So it's probably best viewed in Chrome. :)

I've previously made one bowl black tea chocolate cake but that had a bit of a bitter taste with the tea. I did like it but this cake was nicer. Here's a picture: 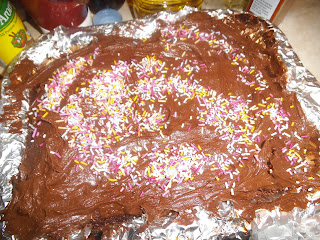 Read more »
Posted by Moonsparkle at 19:57 No comments: