This is  a double post (like the April Update + Beltane Inspiration one), featuring July's update and inspiration for Lammas. If you just want to read about Lammas, scroll down! :)

Here is the update for July! You can read updates for the first half of the year here:


In early July I went to Worthing Beach with my mum. We took the Coastliner bus. I hadn't been to the beach for a while, so that was fun. I got a strawberry ice cream from Macaris. Here are a couple of pictures from the beach: 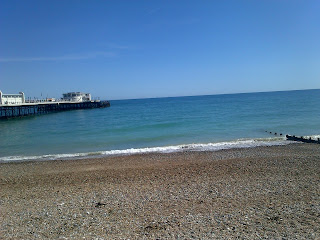 Read more »
Posted by Moonsparkle at 20:31 No comments: 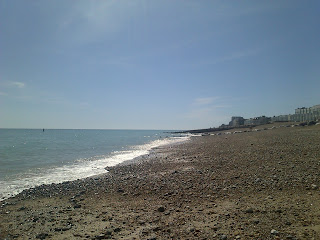 We're now properly into summer and it's feeling like it! I've done round-up and inspiration posts for the other seasons, so now it's time for the summer one. :)

Summer is my favourite season so I'm glad we've had some nice, hotter weather recently, especially during the end of June and in early July. As I wrote in the winter post, I struggle a bit when it's colder. So summer is a lot easier for me to feel inspired by! (But there are good things about winter too). The weather is (hopefully) good, or if not it's at least not cold! It feels like there's more possibilities in summer.

The season officially starts with Litha/the Summer Solstice around 21st June and I tend to start to feel "lighter" around then. Although the days begin getting slightly shorter from then on! Then Lammas is on 1st August (some celebrate it on 31st July). It's my favourite sabbat apart from Samhain, I think because it was the first one I celebrated in 2010, and because it's during the height of summer. I'm planning to do a post with ideas for celebrating later this month. So for now I hope you enjoy this post. :)