On Friday it was Oestara (more commonly known as Ostara) aka the Spring Equinox. (At least in the UK, as I mentioned in the Oestara + Spring Celebration post, by US time it was Thursday). I celebrated by baking, which I usually do for Oestara and Easter too! Well, this year I made a white chocolate tiffin, so it was technically "no bake", lol. The recipe is by Jo Wheatley and you can find it here: https://www.goodtoknow.co.uk/recipes/jo-wheatley-s-white-chocolate-tiffin

I hadn't made tiffin before but I had a look for a recipe a few months ago because a cafe at my local park makes really nice ones! This recipe uses cherries but I left them out because I'm not that into cherries. It has coconut in though. I put Cadbury's Mini Eggs on top, like I normally do for Oestara, to fit the theme of spring and fertility/new beginnings. Here's a pic: 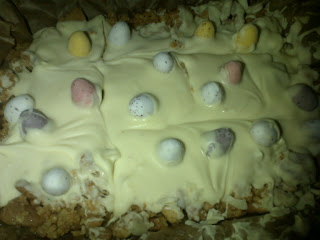 Read more »
Posted by Moonsparkle at 17:36 No comments: 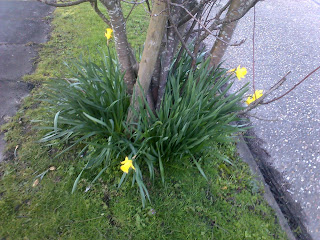 Oestara (more commonly known as Ostara) is coming up and that means spring is almost (officially) here! It is on Friday 20th March this year (at least in UK time, by US time zones it will be Thursday the 19th).

Note: For those in the Southern Hemisphere it will soon be Madron/Mabon aka the Autumn Equinox! You might like these posts:


For the past few years I've written celebration posts for Oestara and spring. You can read them at the links below:

This year I'm going to write about celebration ideas and inspiration for both Oestara and spring. :)

Read more »
Posted by Moonsparkle at 17:52 No comments:

Last year I wrote monthly updates on the blog. I enjoyed doing that but as I said in the Christmas Gingerbread + December Update post, I still want to do updates but less often. I'd prefer to do every couple of months/quarterly updates because sometimes I found it hard fitting them in along with the usual sabbat posts. So here is the update for January and February.  It's quite long (although I write long posts anyway!) since it's covering two months. :)


I tend to find January a bit of a struggle, adjusting to the new year and with Christmas over. It's often the coldest time of year too, and I don't like the cold, so that makes it harder. I try to be more optimistic though. It's not been as cold a winter as other years and we have had some nice sunny days. Here's a pic from Jan: