Last week it was Lammas (Monday 1st August, although some may celebrate on 31st July on 2nd Aug). As I said in my Happy Lammas! post, my main celebration for this sabbat is baking. This year I made my usual gingerbread (I was inspired to make it for Lammas by the book The Real Witches' Kitchen by Kate West).

For the past few years, I've used this BBC Food recipe (I used to use the recipe on the back of the Tesco light brow soft sugar packet, but hey stopped putting it on there!): https://www.bbc.co.uk/food/recipes/gingerbread_men_99096 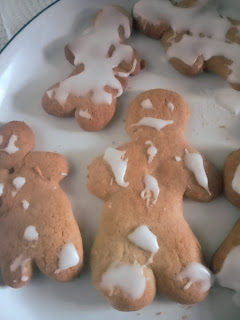 Read more »
Posted by Moonsparkle at 16:45 No comments: 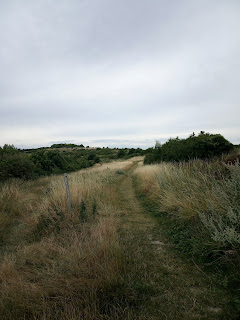 Lammas (my favourite sabbat apart from Samhain) is nearly here! This year it's on Monday 1st August (tomorrow!), although some may celebrate from sundown on 31st July to sundown on 1st August, or on 2nd Aug.

For the past few years, I've written posts with celebration ideas for Lammas. Last year I did a round-up of my previous Lammas posts, so for 2022 I'm just sharing some links and ideas, rather than an in-depth post (like I did for Beltane and Litha). :)

I also came across this post about celebrating Imbolc from an Australian blogger: https://thefrugalbrownwitch.wordpress.com/2015/07/23/imbolc-celebrations-for-the-frugal-family/
Lammas (also called Lughnasadh) is the first harvest festival on the Wheel of the Year (followed by Madron/Mabon (aka the Autumn Equinox) in September and Samhain in October. It's also the last sabbat associated with summer, marking the start of the transition from summer to autumn. It comes after Beltane at the end of April/beginning of May, which although it is a spring festival, marks the shift into summer and Litha in June, which is also the Summer Solstice and the official start of summer.
Read more »
Posted by Moonsparkle at 16:50 No comments:

We're more than halfway through the year, so it's time for my spring-summer update! I'm doing quarterly updates and you can see the winter-spring one here: https://livingseasonal.blogspot.com/2022/04/winter-spring-update-2022.html

At the beginning of April, I went to the new Wendy's restaurant in Brighton. I didn't know there were any in the UK (it's an American restaurant) but found out there used to be some here. Most closed down but they're now opening up again to the UK market.

I liked the food and the chocolate Frosty drink! Here's a picture I took on the way to Wendy's:

Read more »
Posted by Moonsparkle at 20:05 No comments:

The week before last I celebrated Litha aka Midsummer/the Summer Solstice (Tuesday 21th June). I had planned to do a post about it last weekend but wasn't able to, so I'm posting this weekend instead! :)

As I mentioned in my Happy Litha! post, I usually celebrate by making/having salad. This year I made a tomato and onion salad, the same as I've done for several years. The recipe is from The Kitchen Witch book by Soraya. I don't think it's online, but here's a similar recipe that I linked to in the Happy Litha! post (for Italian salad): https://thisitaliankitchen.com/italian-tomato-onion-salad/

Last year I used red onions, like when I make Kachumbari (Kenyan tomato and onion salad) for Beltane. But this Litha I decided to use brown onions again. I had the salad for my lunch with some chicken, ciabatta bread, guacamole and tortilla chips (bought from the supermarket). I also made some "Hello Kitty" lemonade (the recipe is from a Hello Kitty book!).

The salad and the rest of the food was nice. Here's a pic: 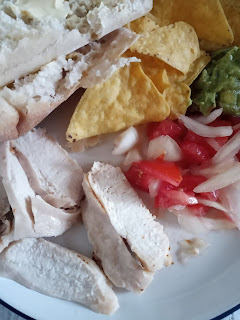 Read more »
Posted by Moonsparkle at 21:57 No comments: 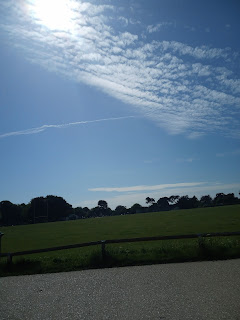 It's almost time for Litha aka Midsummer/the Summer Solstice! This year it's on Tuesday 21st June (tomorrow!). I usually write posts with ideas for celebrating the sabbats and I've written several for Litha in the past few years. In 2021 I did a round-up of my previous posts, so for Litha 2022 (as with this past Beltane) I'm just going to share some links and ideas, rather than an in-depth post. :)

Litha is the 2nd summer festival (or 2nd sabbat associated with summer) on the Wheel of the Year, coming after Beltane at the end of April/beginning of May (a spring festival which also marks the shift from spring to summer) and before Lammas in late July/early August (which is about the end of summer and moving into autumn; also the first harvest festival).

Litha is also the Summer Solstice, the time of the longest day and shortest night (in the Northern Hemisphere). Days have been growing longer since Yule/the Winter Solstice in December, the direct opposite of Litha when we have the shortest day and longest night. To read a bit more about the Summer Solstice, visit my Litha Inspiration post from 2019: https://livingseasonal.blogspot.com/2019/06/litha-inspiration_17.html

Read more »
Posted by Moonsparkle at 19:47 No comments:

Last weekend it was Beltane (Sunday 1st May or Saturday 30th April if you celebrate from sundown to sundown). As I mentioned in my Happy Beltane! post, I like to make salad for this sabbat. This year I made kachumbari (a Kenyan tomato and onion salad), which I first came across in 2019. Here is the recipe from the site Precious Core: https://www.preciouscore.com/kachumbari/

Precious' version has avocado and cucumber as well as tomato and red onion. I had the salad with some ciabatta bread, shop bought guacamole (I make my own some years but this year I bought it!) and chicken for my lunch. Here's a picture: 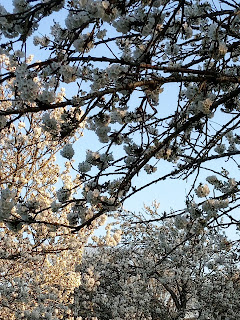 I normally post on Sundays or Mondays, but got a bit behind this weekend, so I'm posting today instead. :)

Beltane is coming up next weekend (Sunday 1st May or Sat 30th April if you celebrate from sundown to sundown). I've written a few posts with celebration ideas and inspiration over the past few years and last year I rounded them up, so for Beltane 2022 I'm just going to share some links and ideas, rather than a more in-depth post. :)

Note: If you're in the Southern Hemisphere Samhain is coming! Check out my Samhain/Hallowe'en Round-up post here (2021): https://livingseasonal.blogspot.com/2021/10/samhainhalloween-round-up.html

Beltane (also spelt Beltaine) is the 3rd and final spring festival on the Wheel of the Year, coming after Imbolg/Imbolc on 2nd February and Oestara/Ostara aka the Spring Equinox around 21st March. It is a fire festival linked to the Fire God Bel. It is also a cross quarter festival and its other themes include mid-spring, the union of the God and Goddess and fertility and the start of the shift from spring to summer (although summer is considered to "officially" start on Litha/the Summer Solstice in June).