Last Saturday it was Oestara, (more commonly known as Ostara) aka the Spring Equinox.  As I mentioned in the Happy Oestara! post, my main celebration was baking. This year I actually did some "no-baking, since I made a Birdies Perch Malteser slice, which is one of my favourite things to make. The recipe is from Sam Stern. Read more about it and find a link to the recipe here: https://livingseasonal.blogspot.com/2013/09/birdies-perch-malteser-slice.html

I last made it for Oestara in 2016. That year I made it a bit differently, but this Oestara I stuck to my usual recipe. I put Cadbury Mini Eggs on tops to fit the theme! Here's a picture 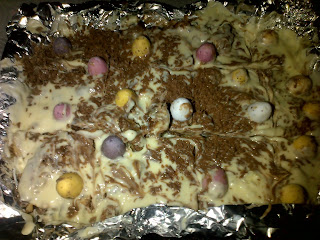 Read more »
Posted by Moonsparkle at 19:11 No comments: 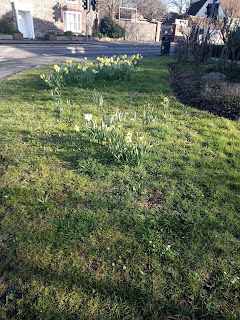 Oestara (more commonly known as Ostara), aka the Spring Equinox is almost here. This year it's on Saturday 20th March (tomorrow!). I normally post on Sundays or Mondays but wasn't able to get this finished earlier, so I'm posting today instead. :)

Note: For those in the Southern Hemisphere it's nearly time for Madron/Mabon aka the Autumn Equinox. You might like these posts:

For the past few years, I've written posts with ideas for celebrating Oestara and spring. You can read them at the links below:

Since I've already written quite a few celebration/inspiration posts, this year I'm just writing a brief background and sharing a few new links. :)

Read more »
Posted by Moonsparkle at 00:06 No comments:

Back in 2019 I wrote a post called Summer Photos + Preparing for Autumn. You can see that here: https://livingseasonal.blogspot.com/2019/09/summer-photos-preparing-for-autumn.html

Now that we're at the tail end of winter, I thought it would be good to do an "opposite" post. So here are some winter photos and inspiration for preparing for spring. :)

We're coming to the end of winter and spring isn't far off. Although if you go by the meteorological definition, it already started on 1st March. The astronomical start of spring is on the Spring Equinox aka Oestara/Ostara, which is 20th March this year.

So, this is a "double post" featuring winter pictures and spring inspiration. :)

First here are a few photos I took this winter. It seemed colder than the past couple of years. In Sussex we had a bit of snow during February, which made a change. We don't often get any. I don't think we've had a significant amount since 2018.

Read more »
Posted by Moonsparkle at 20:04 No comments: