The other week I wanted to make a healthier snack and I had a couple of No-Bake Energy Bites recipes pinned on Pintrest recipes board, so I looked at them. I didn't have some of the ingredients they needed in the house at the time though, so I had a look for some similar recipes and found one that only needed 4 ingredients (peanut butter, oatmeal, vanilla and honey). I added some golden syrup because I don't like honey that much and I couldn't use vanilla extract because mine had gone mouldy! lol. So I used peanut butter, oatmeal, honey and golden syrup.

Here's a link to the recipe: http://www.ishouldbemoppingthefloor.com/2014/04/peanut-butter-and-oatmeal-energy-bites.html?m=1 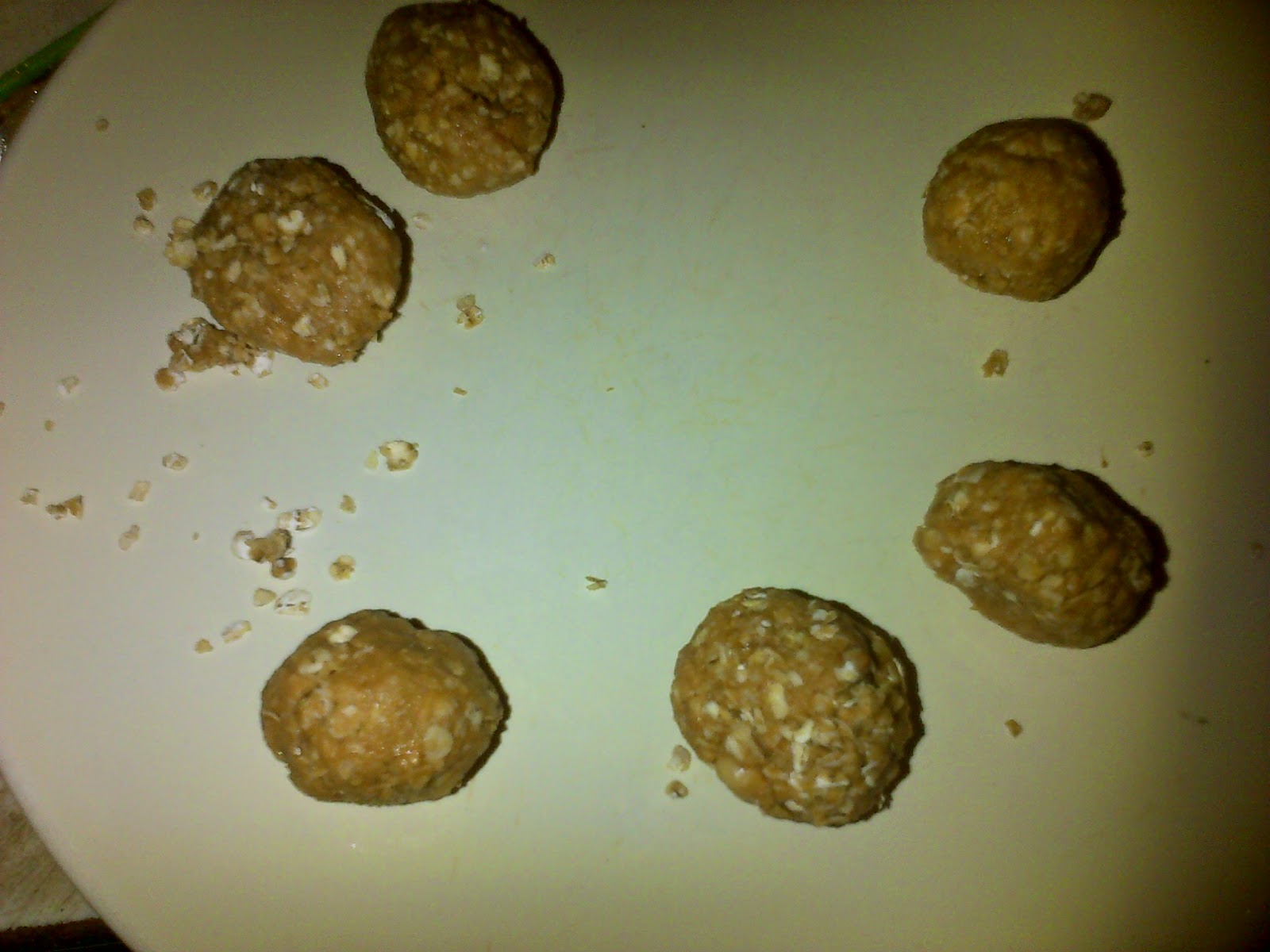 They came out quite nice. I don't have a food processor so I just mixed them by hand. I'd like to make them again in the future with the vanilla this time! lol.

I would recommend energy bites as a good snack because they don't take long to make and are healthier than other things. These are good in particular because they don't require hard to find ingredients. I'm planning to try more recipes in the future. :)
Posted by Moonsparkle at 18:24