A few months ago I made some No-Bake Energy Bites which were quite nice. I got them from Pinterest and had pinned a few other similar recipes that I planned to make. So on Friday I decided to make Peanut Butter Energy Balls. (These are also No-Bake). The recipe was written on the pin but it links to two sites and the original recipe is called Peanut Butter Pong Balls. Here are the links: http://doitandhow.com/2013/03/08/nutty-peanut-butter-energy-balls/ and http://thediva-dish.com/desserts/peanut-butter-pong-balls/ 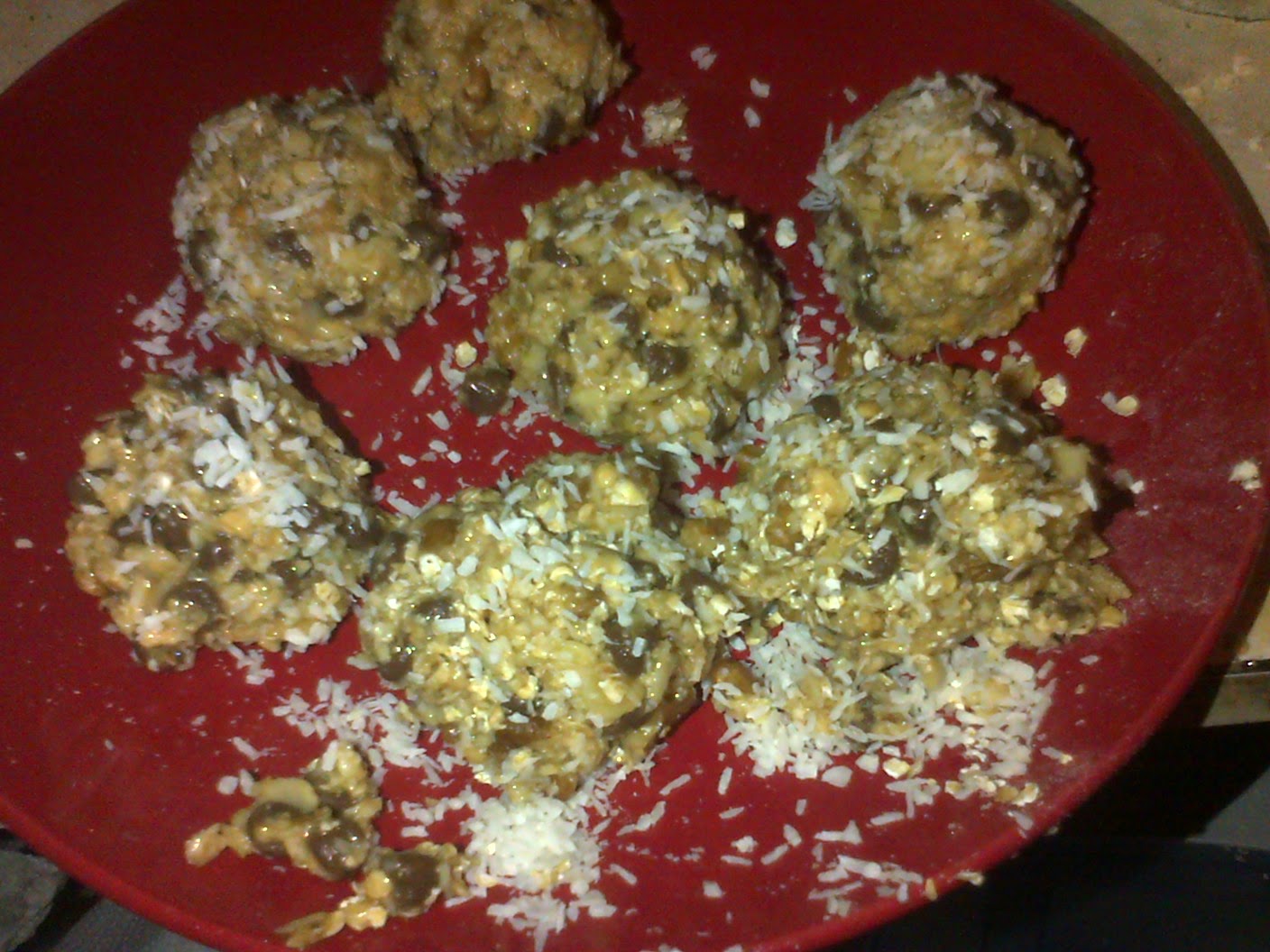 They came out quite nice. I liked them better than the Energy Bites actually. I made them a lot bigger than the bites, so they were more filling.

You can choose what combination of things you want to use. I didn't use dates because I don't like them that much and I chose to use golden syrup instead of maple and peanut butter and chocolate chips rather than almond butter and carob chips. The only downside is that they were quite sticky (it mentions that on the original site) and I had trouble rolling some of them into balls because the mixture stuck to my hands but adding more oats helped.

Energy Balls are good for a healthier snack (although it depends on what you use, e.g. using carob chips will make them healthier than using chocolate) and I plan to make them again in the future. :)
Posted by Moonsparkle at 22:16