The weekend before last was Bonfire Night (Sunday 5th November) and as I mentioned in my Hallowe'en/Samhain 2017 post I was planning to make parkin. It's a traditional Bonfire Night/Guy Fawkes Night recipe (it's more popular in the north of England) and I'd been intending to make it for several years! lol. I used a recipe that I normally pin on my Pinterest Seasonal board at this time of year. Here's the link: http://www.chocolateandbeyond.co.uk/2012/10/yorkshire-parkin.html

It's a vegan recipe so doesn't have any eggs. (I'm not vegan but I thought this recipe was good, so used it). I only remembered the day before about making this on Bonfire Night itself and luckily I already had all the ingredients in, so didn't have to rush out and get any, lol. I used ordinary milk instead of soya, so my version is not actually vegan. Here's a pic: 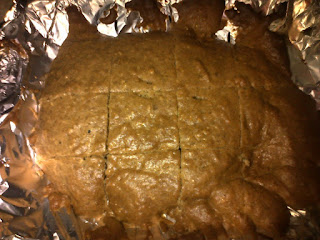 It was quite nice. It's a gingerbread cake and I haven't always liked the gingerbread cakes I've baked in the past that much, but I was happy with how the parkin came out. I cut the recipe because I didn't know how much me and my family would eat, and the amount was enough. Andrea who made the recipe says that parkin needs a few days to get sticky and be at its best. I liked it when I'd just made it but found that mine seemed to taste like it had gone off a bit a couple of days later. That might have been because I hadn't covered it quite enough, lol. (I covered it in foil). It was worth baking though. It's also traditionally eaten during the winter, so have a go at making it if you're interested. (Or if it's summer where you are as well, cake is always nice anytime!). :)


Also on Wednesday 1st November I went to Lancing Beach Green's firework display. It was quite a chilly night. Here are a few photos from there: 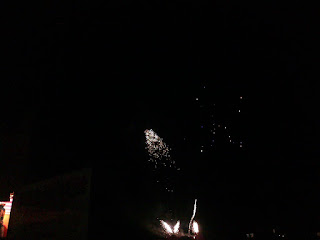 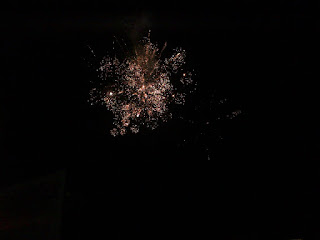 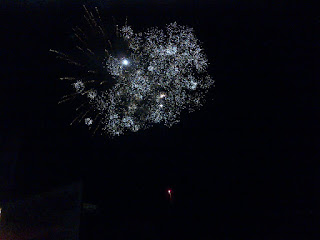 Hope you had a good Bonfire Night if you celebrated! :)