On Saturday (2nd February) it was Imbolg (also known as Imbolc). Some people celebrate it on 1st Feb (or from sundown on the 1st to sundown on the 2nd) but I usually have my main celebration on the 2nd.* As I mentioned in my Imbolg Inspiration post, I normally make pancakes (inspired by Kate West's The Real Witches' Kitchen) and I did that again this year. I used the same recipe as last year from BBC Good Food which uses vegetable oil in the batter. They are English pancakes, also called crepes. You can find the recipe here: https://www.bbcgoodfood.com/recipes/2907669/easy-pancakes

They didn't seem as nice as last year (think I could have cooked them a bit better) but never mind! I still liked them. :) Here's a pic of the first one: 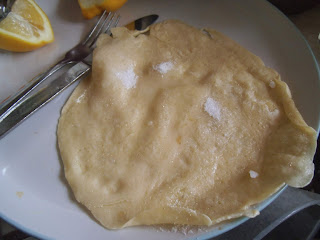 I had them with Franklin & Sons Sicilian lemonade and English elderflower drink.


Since Imbolg is a fire festival, I also lit candles, an ordinary white one and a Yankee Soft Cashmere sampler. Here's a pic of the the big one:


I'd planned to go to the beach at sunset on Imbolg for a change. (I tend to go there more for sabbats during the summer), but I wasn't feeling well so I went last night instead. There wasn't much of a sunset but I got a few photos. Here are a couple: 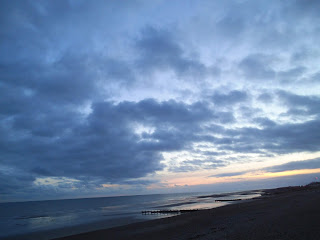 As I said in yesterday's January Update post I find this quite a difficult time of year, but it helps to celebrate sabbats and I enjoy looking for signs of spring such as daffodils. After getting a bit of snow in Sussex, it's supposed to be getting warmer but I'm feeling quite cold today! It's been raining all day. Although it is nice to get snow for a change (we don't have it that often here), I'm looking forward to spring and warmer weather!

Hope you had a good Imbolg (or Lammas)! :) Next sabbat will the Oestara/Ostara aka the Spring Equinox, the proper start of spring. (Or Madron/Mabon aka the Autumn Equinox in the Southern Hemisphere).  We'll still be in winter for a bit though, so you may like these posts:


*Others celebrate on 31st January, which is why another name for Imbolg is February Eve.
Posted by Moonsparkle at 18:59