Last Friday I celebrated Madron aka Mabon/the Autumn Equinox. (It was on 22nd September this year). As I mentioned in my Madron Celebration Ideas post I chose to make a ginger apple tealoaf. It's a recipe from Sam Stern's Student Cookbook. I was originally thinking of making Bara Brith but decided I'd prefer to make this. This is basically the same recipe, although it's not credited to Sam: https://www.gourmandize.co.uk/recipe-47280-ginger-apple-tealoaf.htm

It was quite nice. I've baked gingerbread cakes for Madron before but they've come out too heavy with the treacle (molasses) in. The one I made in 2015 was better once you got used to it though  Last year I made a ginger beer cake and that was nicer. The tealoaf has dates and apple in but I think I should have cut the apple slices smaller. The lemon icing is made with lemon juice, a bit of rind and icing sugar and was really nice. Here's a picture of the tealoaf before it was iced: 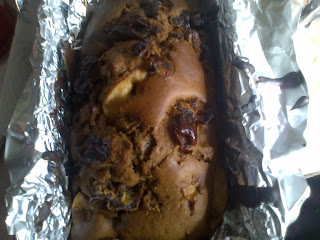 And afterwards. Sorry the picture isn't too clear! I had camera problems so took it with my phone. 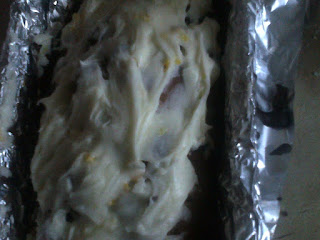 In the evening I went to my local nature reserve and took a couple of pictures of the sunset. Think I last went up there on Lammas. It was a beautiful sunset. Here's a photo:

As I mentioned in the celebration post a couple of other things I did were Tess Whitehurst's Fall Equinox affirmation and deleted some digital photos. I've also started an exercise from Cassandra Eason's Pagan in the City book where you write a list of things that urgently need doing, things that are not as important and things that can be left. Then you make a plan of action for getting them done. I'll see how that goes!

Update 14/9/21: Site has since been updated so the information is no longer there.

And because Madron is about gratitude, here's this month Gratitude List on my other blog Falling Petals: https://fallingpetalsuk.blogspot.com/2017/09/gratitude-list.html


It's feeling more like autumn now and summer is over. The days have been varied, some hotter, some cooler but it's chillier at night. We might still get some nice weather though. The trees are starting to turn and the leaves to fall. From now on the days will get shorter and we'll really notice it by the time it gets to Samhain. The sun is setting just before 7pm now (it's sunset right now as I write this).

I'm still making the most of warmer days though and wearing flip flops sometimes! lol. There are still some roses on the bush in my garden; they tend to last till about October. Although summer is my favourite season I also like autumn, so look forward to seeing the trees turn lovely colours. :)


Hope you had a good Madron/Autumn Equinox. Happy Autumn! (And Happy Spring to those in the Southern Hemisphere!).